Etz Hayyim dating from 14th century is a unique little Romaniote synagogue in the old town's former Jewish quarter of Chania. It is the only surviving monument of the Jewish communities in Crete, the only living, silent witness of the community that once upon a time was thriving in Crete, throughout the centuries and even not so long ago. Now, the synagogue beautifully restored, lacks only one thing - the Jews.

Jews were residing in Candia as early as 13th century. Venetian Crete (1204 -1669) was one of the privileged centres of Jewish life. In second part of 16th century there were approximately 800 Jews living in Chania; the island of Crete as a whole had twice that number. It's known that there were four congregations in Chania at that time: congregation around "the great synagogue", around the "synagogue of the Cohaim", around the "synagogue of the European Jews" and around the "upper synagogue". The accepted liturgy of all four was that of Romaniotes - the one of the ancient Greek-speaking Jews. All four synagogues were located fairly close to one another - all in the heart of zudecca part of Chania - a neighbourhood that Cretans referred to as evraiki (Jewish). 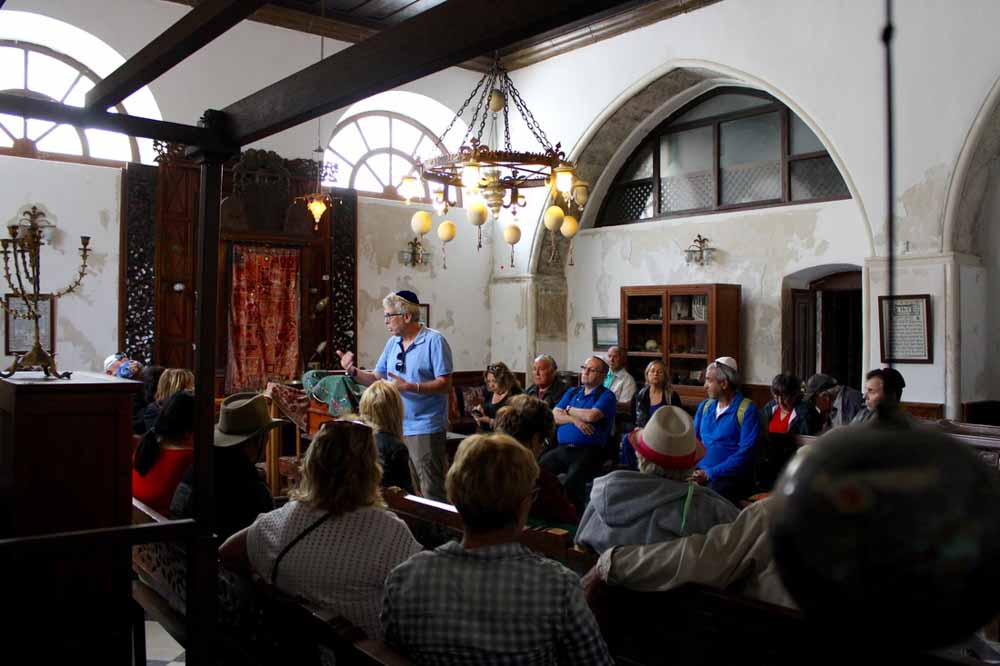 Nowadays the synagogue is frequented by Israeli Jews 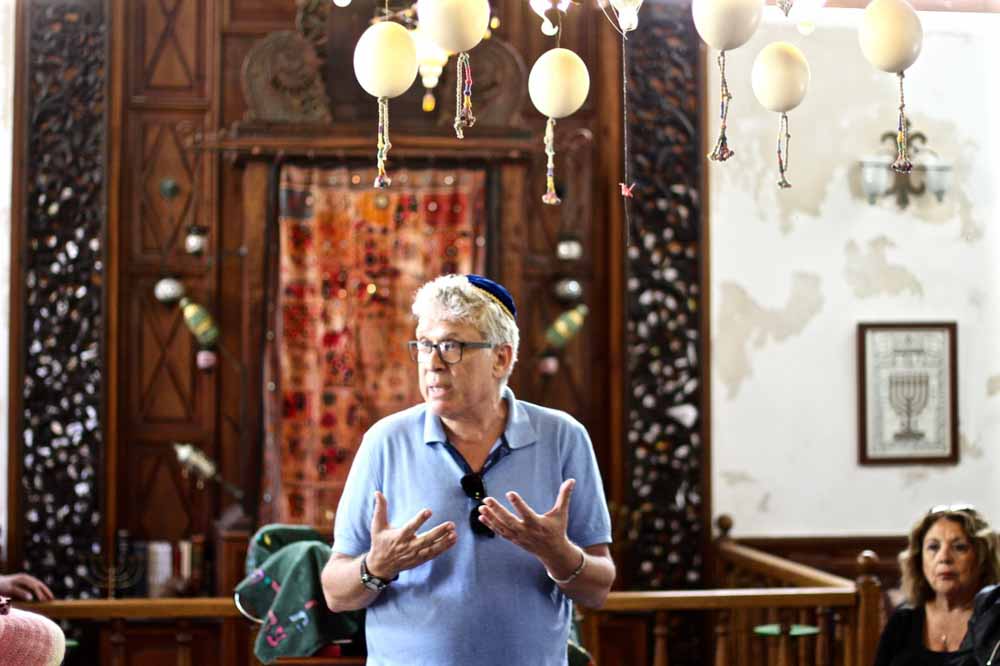 Joseph Batis, a Romaniotes Jew from Athens explains about the history of Jewish community in Crete

By August 1941 the island's Jewish community had shrunk to approximately 330 people, based exclusively in Chania with handful of families in Heraklion. By the time the 263 members of the Jewish community in Chania were arrested by the Nazis in May 1944, of the two synagogues in the city, only Etz Hayyim remained. While the Jews were still imprisoned nearby in Ayas, the synagogue was already being vandalised, both by the Germans and the locals. They were sent by convoy to Heraklion in the east and herded onto a ship, the Tanais. Early the next morning, 9 June, the ship was hit by torpedoes fired from a British submarine. The ship sank and there were no survivors. The Jews were almost certainly on their way to Auschwitz. All 279 Jews aboard perished and the ancient Jewish community of Crete reached its end. 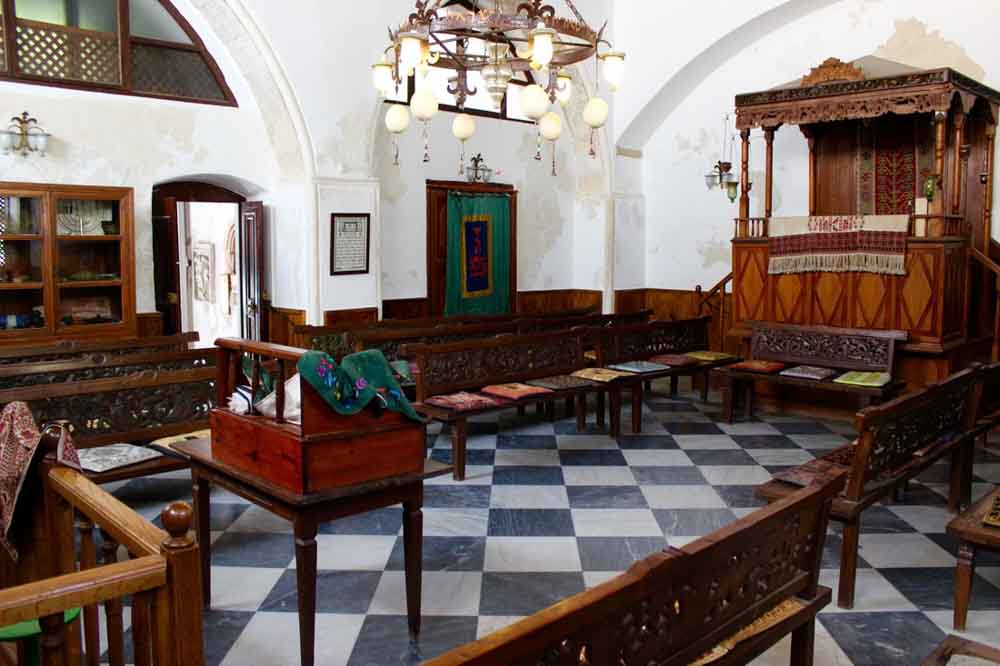 Synagogue is empty most of the time. Very rarely is there a minyan, the 10 Jewish males. required for formal prayer

Following the war, and with no-one left to use it, the synagogue became dilapidated through decades of neglect and misuse. It became a home for squatters and a spot for residents of the neighborhood to dump their rubbish. Its walls were scarred by shells and shrapnel still, and by 1995 in the wake of an earthquake, Etz Hayyim was on the verge of collapse. Today, Etz Hayyim stands fully restored. Once more, it is a place of prayer and worship, congregation and celebration. This is due to the work of Nicholas Stavroulakis. 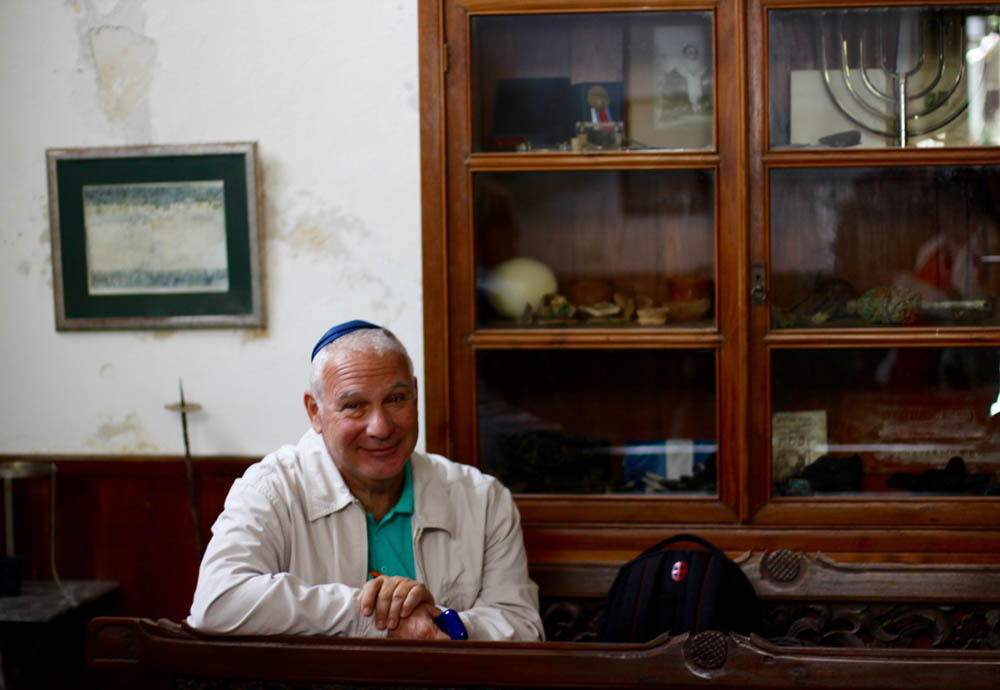 Danny is Ashkenazi Jew from Athens

The walls of the synagog Synagogue is in the tradition of Romaniote synagogues in Greece. It serves as a place for prayer, a museum and memorial, and a library recording the long and troubled history of Crete's Jews. In 2010 synagogue survived yet another attack - the fire was set at night. Luckily the neighbour who was awake at the time noticed the smoke and called authorities and the synagogue's director Dr. Nicholas Stavroulakis. The walls of the synagogue's main hall were covered in soot, it sustained significant water and smoke damage in the attack, some 30 antique Turkish carpets also were damaged, the fire severely damaged the recently restored ezrat nashim (former women’s section) but luckily the fire did not reach the Torah scrolls or the library. 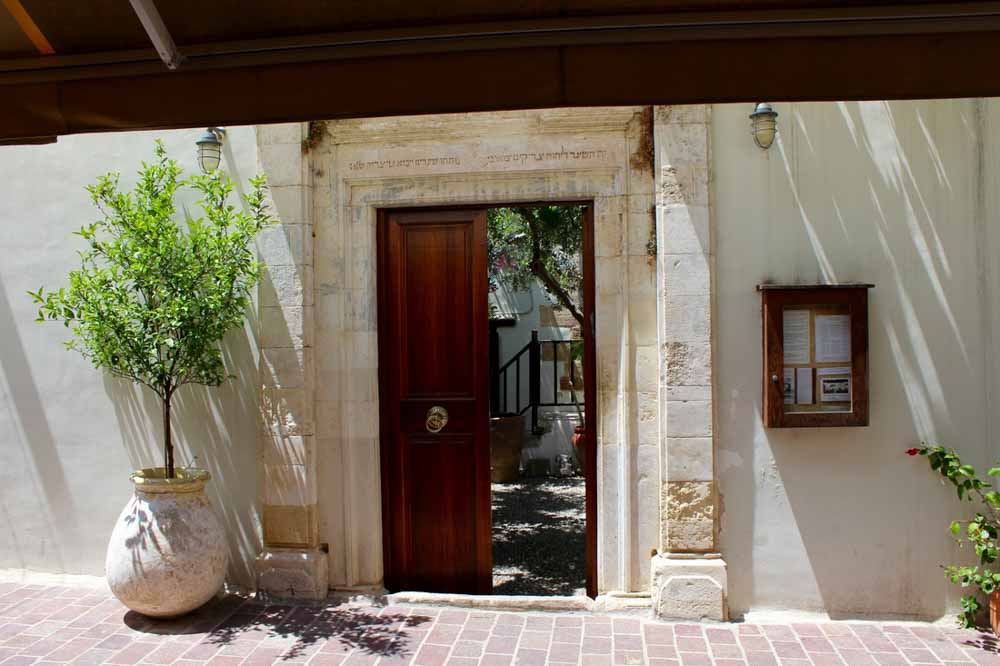 The precincts of the synagogue contain number of Hebrew inscriptions 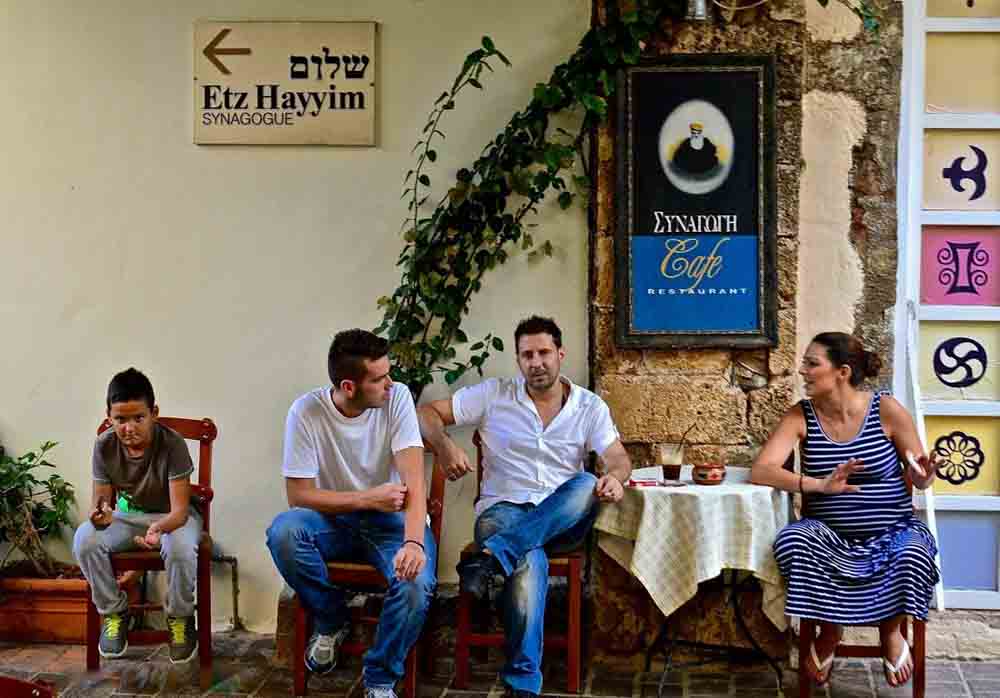 tag03
tag06
tag01
tag04
tag02
tag05
Synagogue is located in a bustling old town of Chania. Cretans enjoy a coffee break at the entrance of the synagogue